One of the things that compelled me to write the forthcoming biography Unchained Man  is my realization that Captain Bob Bartlett is as much a symbol as a person. To a large degree, his true identity is masked and we don’t know him very well. He has this in common with many widely celebrated accomplished people, including other  explorers like Shackleton and Peary.

A symbol has appeal because you can read into it whatever you want. Take the inushuk, the iconic Inuit stone construction that resembles a person. It’s beloved by Inuit because honors their hunting traditions and proclaims their pride. The Vancouver Olympics committee adopted it (or appropriated it, some might say) to represent the northern nation of Canada. It’s recognizable but has a certain abstract quality that makes it flexible and broadly appealing. 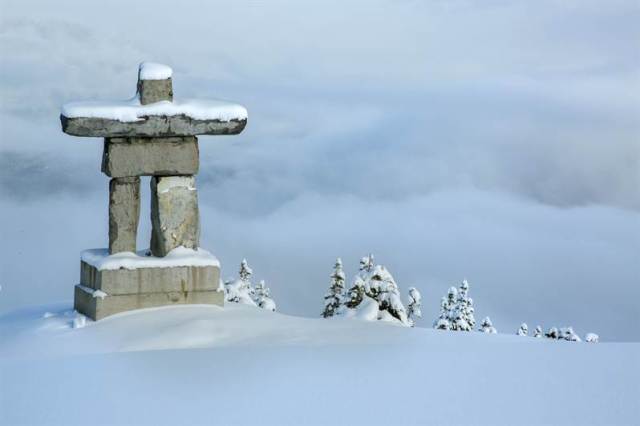 Many Newfoundlanders read into Bartlett a hero, a point of pride, a great figure who lifts us up; I’ve learned that this is true for some Labradorians and many Indigenous people from my home province, too. Such figures are important to people who have had so many losses, notably the cod fishery and the rural culture it supported, especially our resettled coastal outports. My early relationship with Bartlett reflected this perspective. I recall him seeping into my consciousness as a child in the 1970s and the hero worship I quickly developed.

As an adult I came to understand his value as a symbol. Now, after a decade of research,  Bartlett is a real person to me. He’s no longer a symbol but a gifted and flawed human being, like us all.

And he’s contextualized as well. In my book I try to explain Bartlett’s world, so different from our own, and his exalted place in this world. It’s not all good but it’s not all bad either. Just like real life. And it’s certainly interesting.